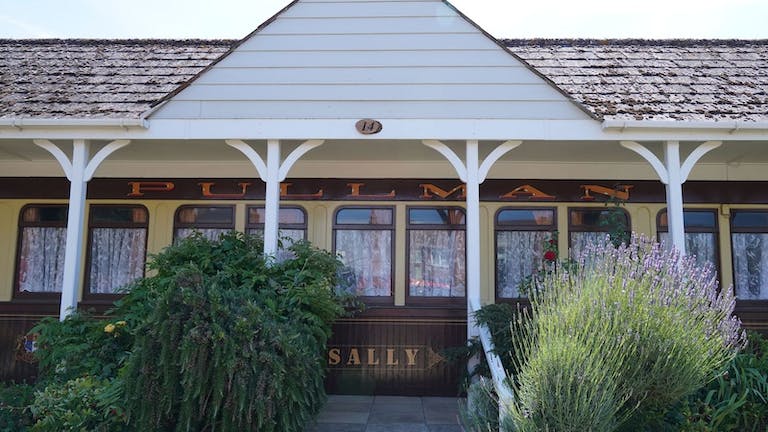 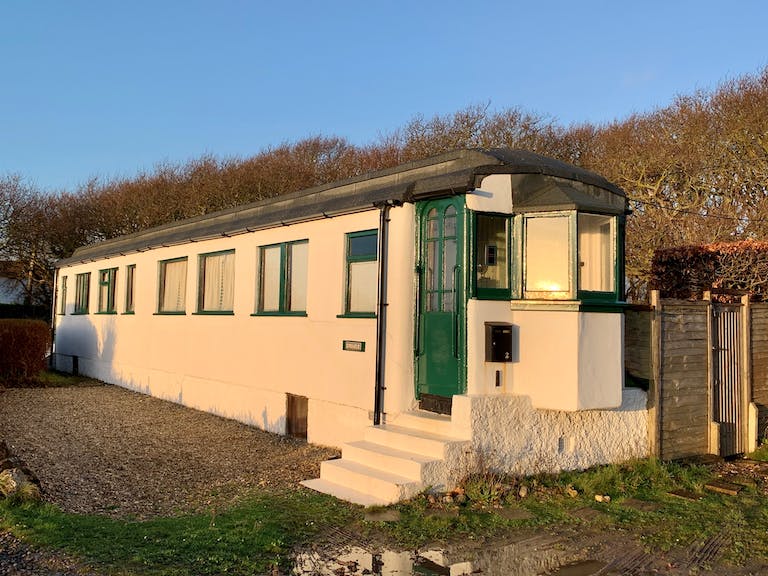 Selsey’s East Beach is home to at least 30 railway carriage cottages, many of which still retain their original features; some of which are fully recognisable from the outside.

The Manhood Wildlife & Heritage Group have published a pamplet on the origin of Selsey’s railway carriage homes development; an expansive area encompassing Drift Road and Park Lane, known locally as the Park Estate.

The land for the Park Estate was purchased in 1920 by an East London tailor called Jacob Berg, known to his friends as Tommy. He had been introduced to Selsey by his friend, the famous playwright R.C. Sherriff author of Journey’s End. It is also believed that Tommy had a traffic inspector friend based at Waterloo Station and this could have been his source for the carriages on the Park Estate.

The Park Estate was split into 50 plots, including accommodation, which could be leased as holiday accommodation for £10 a year. During this period an advertisement for Summer Rail Coaches Suitable for Bungalows – 5 compartment 3rd Class for £25 each and 4 Compartment Composite for £27, appeared in the Chichester Observer.

The carriages were usually delivered with the wheels still attached, then jacked up while the wheels were removed. Therefore, many of the bungalows have steps leading up to them and this often – but not always - indicates a railway carriage hidden within.

The Park Estate was closed during World War Two and Canadian and American soldiers were billeted in some of the bungalows in readiness for D-Day. The Mulberry Harbour was constructed along this stretch of coastline. Prime minister Winston Churchill attended a meeting at the railway carriage cottage Stewartson during this period.

After the war the properties were let again and later on tenants were given the opportunity to purchase the freehold.

To find out more about Selsey’s Railway Carriages, and take the fascinating All Aboard walk, click here.

From the late 19th Century through to the 1940s, former railway carriages were ingeniously recycled as holiday homes and many today have become permanent dwellings, like at East Beach.

The development of railway cottages happened in two waves.  Starting in the 1890s as an adopted Bohemian upper-class trend, taking advantage of lapse planning restrictions, the carriages were used as holiday homes. They were positioned on beaches close to the high tide lines, away from the more popular resort areas. By the early 20th Century, vast areas of Britain’s more natural, wild and rugged coastlines became crowded with these recycled carriage holiday bungalows. Some of the more grandiose properties were formed from 3 carriages in an H formation. Very few examples of these early homes survive.

During the 1920s and 1930s this type of holiday homes became popular as cheap holiday lets for the working classes looking to escape to the seaside. It was common practice during this period for landowners on the south coast within easy access to the London to sell off land to speculators for holiday homes. The south east of England became a playground for this form of uncontrolled plotland development. Many carriages recycled were originally rolling stock from the London, Brighton and South East Railway (LBSER); 1890s first class compartments reconditioned in the 1920s by Pullman, who manufactured luxury train carriages for use across Europe.

The introduction of the Town and Country Act 1947 brought a stop to unregulated development which had led to a flood in railway carriage developments during the 1930s.
Today, most of Britain’s railway homes have not been protected, many hidden from plain site through cladding, extensions and unsympathetic PVC.
Selsey’s East Beach is one of the last remaining areas to see these magnificent railway carriage cottages.

Seabanks ecapsulated in the following video, shines a light on the hidden railway carriages  which create these unique homes.